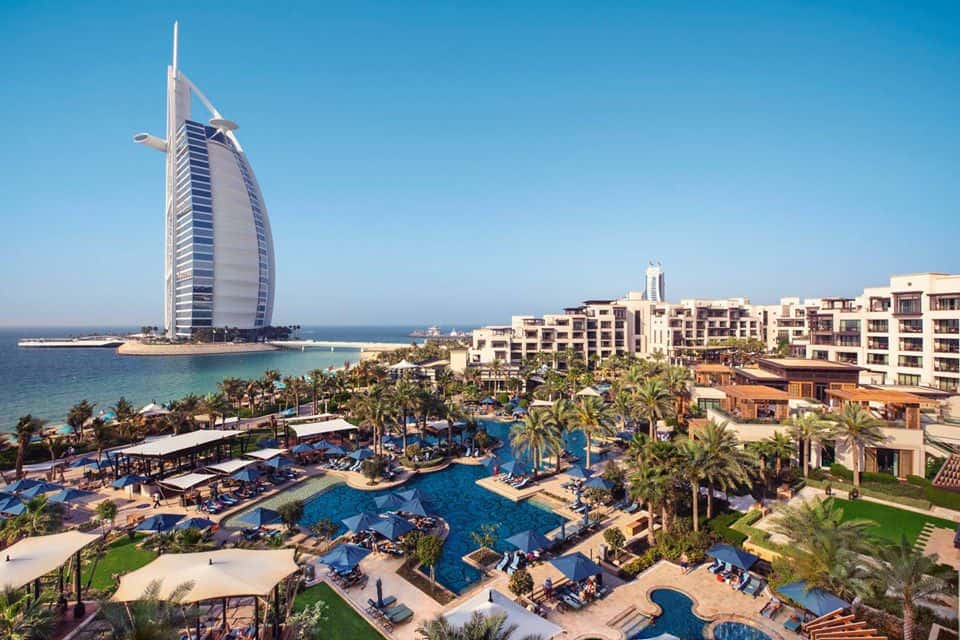 Dubai’s fascinating transformation from fishing village surrounded by deserts to a cultural melting pot is well known to residents and visitors. But did you know that Dubai was founded in 1833?

Established as a fishing village, Dubai was founded in June 1833, but it was only in the 1970s that it began transforming into the desert metropolis of today. Approximately 800 members from the Bani Yas tribe arrived at Dubai creek to first establish Dubai back then, with the population reaching around 20,000 by the 1930s. In 2020, the population of Dubai has crossed 3 million.

A  modern, air-conditioned city in the middle of the desert offers much more than just the tourist attractions. This vibrant city is a business hub and cultural destination in the Middle East and a popular tourist destination. Dubai is well-known for luxury shopping, modern architecture, and a lively nightlife scene.

1. The Burj Al Arab Hotel Uses Gold to Cover the Mona Lisa Painting 46,265 Times. Dubbed the world’s first seven-star hotel, the sail-shaped Burj Al Arab is located on its own private island, accessed via a private bridge. Among its stunning features is the gold leaf that covers roughly 1790 square metres of the interiors.
Source: wikipedia.org – Facts about Dubai

5. In Dubai Robots Are Replacing Illegal Child Labor in Camel Racing – Camel racing is a very popular sport in Dubai. Child-sized robots are being built and are racing the camels. They cost anywhere from $300 to $10,000.
Source: wonderfulengineering.com – Dubai facts.

6. Until Recently Dubai Did Not Have Addresses, No Zip Codes, No Area Codes, and No Postal System
Due to rapid development, Dubai never developed a standard address system. In 2015 that Dubai started assigning Makani numbers (a unique 10 digit code) to all buildings to help identify them.

7. You Pay No Income Tax in Dubai – There is no need to pay any income taxes when you make money in Dubai. This invites a lot of people who come to Dubai and save money in a short amount of time.

8. Dubai Is Fascinated With Gold – There are ATMs in Dubai that dispense gold bars and 40% of all physical gold traded in 2013 occurred in Dubai.

9. Dubai Is Building ‘the World’s Largest Retail and Entertainment Destination’  – Dubai Square will be equivalent to the size of 100 football fields! Inspired by the world’s best shopping destinations such as London’s Oxford Street and Los Angeles‘s Beverly Hills, but is said to become much more than just a shopping mall.

10. The total population of Dubai is 3.1 million. Arabic is the official language and the currency is UAE dirham (AED). Islam is the official religion and only non-Muslims are allowed to buy and consume alcohol and pork. Weekend in Dubai is on Friday and Saturday.