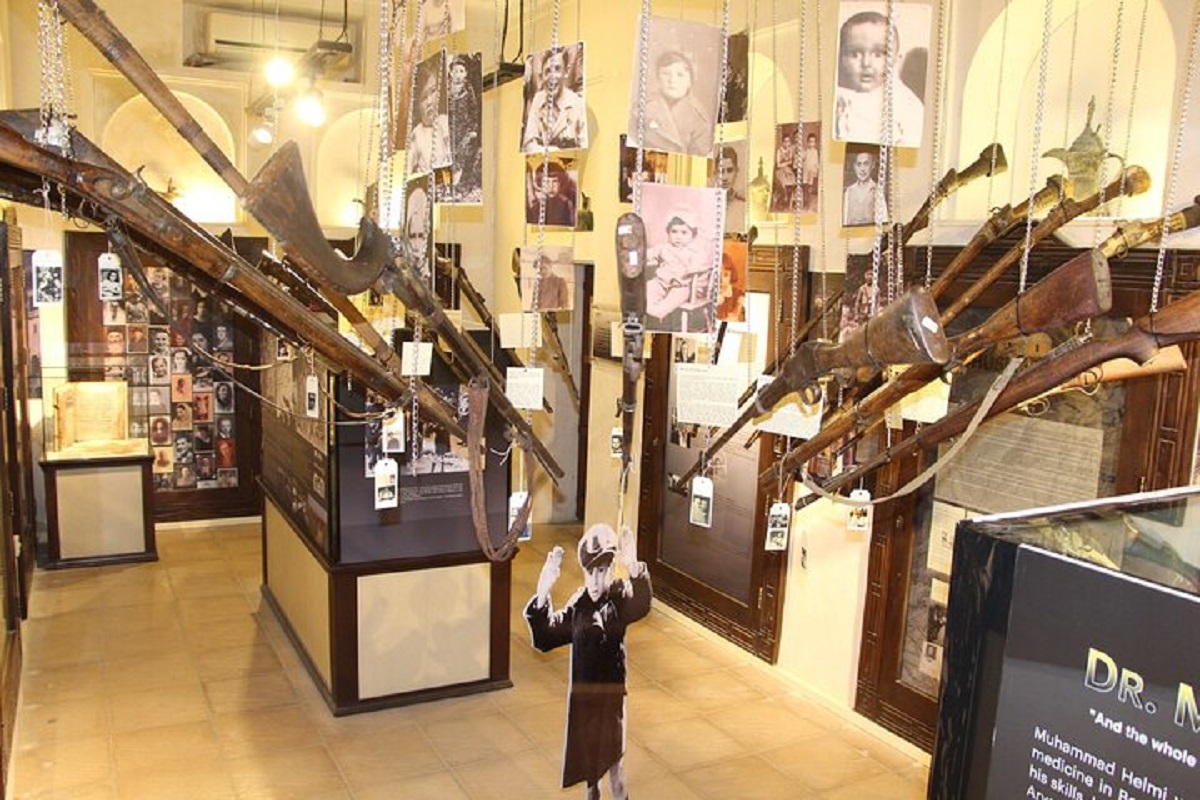 Traverse the Crossroads of Civilization 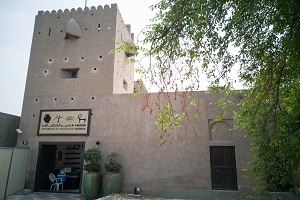 Grab a golden opportunity to take a trip to the Crossroads of Civilization Museum!  It is located on Al Khaleej Road, Sheikh Hasher Al Maktoum House Dubai, UAE. It can be found in the traditional area of Shindagha, known for being a historical district in Dubai. It is inaugurated in 2014. Crossroads of Civilizations is a classic and iconic one that pays homage to UAE’s ancient rich history of UAE as a link of trading between other countries. According to researchers and archaeologists, Dubai was a busy harbor, instead of a small peaceful town, in contrast to the descriptions of several media commentators.

Travel through different points in time and unlock the history of different civilizations! This private museum gives a fascinating glimpse of Dubai’s historic role as a trading link between East and West. Hundreds of artifacts from Romans, Babylonians, Greeks, Ubaids, and other races can be found here. These are proofs of a rich and glorious past. 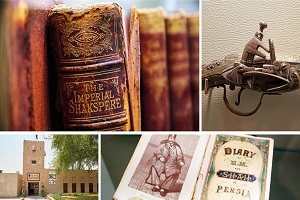 Vision and Mission of the Museum

The museum aims to bring people together through positivity and good historical relationship. Its mission is to emphasize the importance of global values like respect and tolerance by depicting the historical part they played in helping humanity, civilizations and flourishing them in progressing them in various dimensions. overall development of human values and good positive beliefs. These values belong to the positivity and aesthetic aspects of people who left their marks of fingerprints in the field of art.

Highlights of the Crossroads of Civilization include a 16th-century Kaaba curtain, a 7500-year-old bull-shaped vase, and the 1st edition of the 1590 book that first mentions ‘Dubai’. Daggers, swords, and other historical weaponry used across the region are displayed in other galleries. 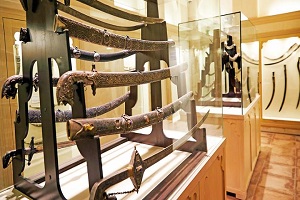 Parts of the Museum

Collections of the Museum

Glass artifacts, ceramic collection, and a stone collection consisting o sculptures, Roman Armors, and antique statues th preserved on rocks and stones are displayed here. There is also a coins collection of historical coins for visitors to witness what the Greek, Islamic, Roman, and many other civilizations used before.

There are frequent exhibits held in the museum for the visitors to improve their knowledge. A  separate document zone is also allotted for those who want to know more about written history. This zone has many records and reports and serves as a storehouse for the students who go to the museum to learn about UAE and other civilizations’ histories.

The Secretary-General of the Gulf Cooperative Council gave the “Best Museum” award to Crossroads of Civilization in 2015. This is due to its role in preserving and highlighting the heritage of the Gulf and connecting the coming generations to the country and nation’s heritage. 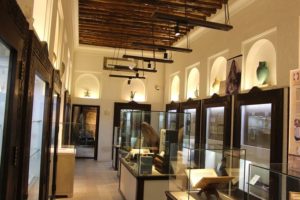 The museum authority hopes to provide a forum of inspiration, elevation, and the foundation for open dialogues. This is to bring light to the dark and promote understanding of diverse perspectives. The museum is also set to be a bridge that will reconnect people’s hearts and minds.

Its galleries are categorized innovatively. Documents and rare artifacts depict the museum’s vision and mission. Each gallery expresses a distinct aspect of the whole story.

This sets the tone for all the galleries within the Museum Group. It includes Rare Books Prints & Manuscripts Museum and The Armory Museum (both are within a short walking distance from Crossroads of Civilizations Museum).

The Royal Gallery features “royal connections”  from the mid-16th century to the early 20th century. The contributions of members of Royal families and/or Leaders from the Arabian Peninsula, Asia, and Europe who have influenced the Middle East’s historical events can be seen here.

Understanding between civilizations was enhanced by travelers and explorers, regardless of their resources and missions. Some objects on display here are The History of the World, translated by Philemon Holland (1601), Gaius Plinius Secundus, and Domènec Badia i Leblich, a Spanish soldier, spy, and explorer in the early 19th century.

The gallery has journals, drawings, and diaries on display. There are also old Stamps from Palestine, Egypt, Syria, Lebanon, Iraq, and Jordan and historical maps of Palestine. Palestine Exploration of 1927, Half Hours in the Holy Land: Travels in Egypt, Palestine, Syria 1896 can also be seen here.

This depicts UAE’s true spirit; one that resonates with its culture and values such as acceptance, respect for self and others, tolerance, and the understanding that the knowledge and acceptance of cultural differences also have advantages.

Rare books written in Europe, including “The Life Saladin” by Bahā’ ad-Dīn Yusuf ibn Rafi ibn Shaddād, published by Schultens in 1732 in Leiden can be viewed here.

A variety of Quranic Manuscripts innovative calligraphy that reflect the art of different civilizations are exhibited here. These items show how people from varied cultures expressed their understanding of Islam. 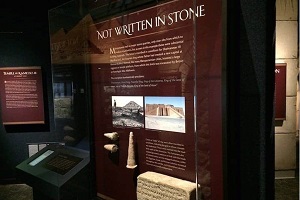 A museum can not only be a source of rich information, but also entertainment. A museum educates as well students about different things simply. These also help in inspiring young minds and dream of endless possibilities. Museums play a vital role in conserving native culture. Different cultural backgrounds can be understood completely when shared by people from varied groups. Museums guarantee appreciation and inclusion. These are the establishments that are precious and must be given some regard because they preserve,  protect and display artifacts and promote a wealthy heritage that cannot be held by personal collectors or can be lost to time itself.

“Art has always reflected society and the conditions in which people live, at the same time that it has contributed to the process of social and historical change.” Never hesitate to take part in this change and explore the beauty patience and discipline and reap its rewards!