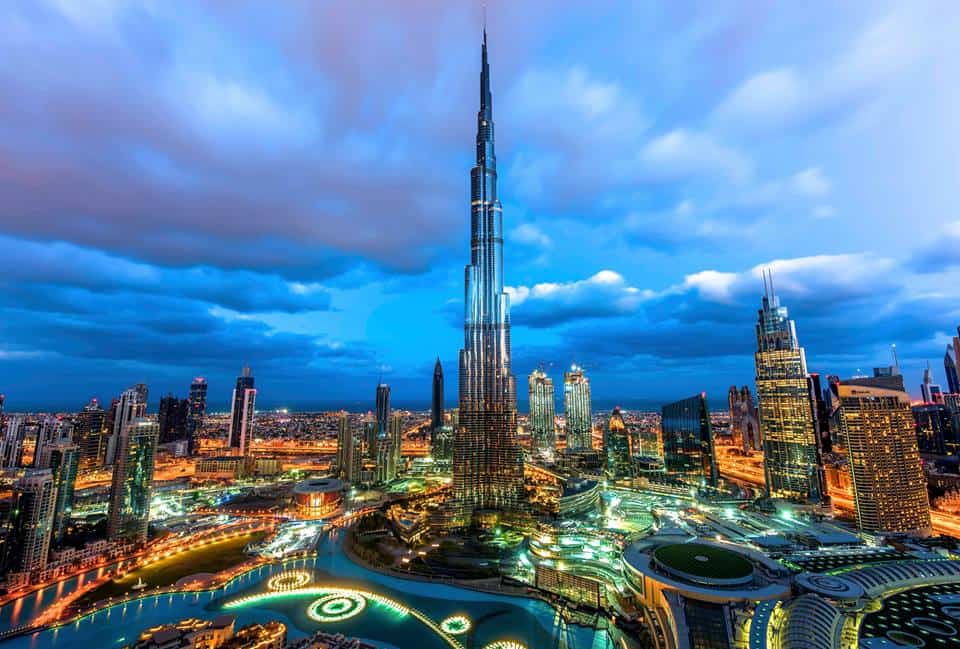 As we are all aware, Dubai’s Burj Khalifa has various world records that are not yet broken as being the world’s tallest tower when it opened to the public in January 2010.

Dubai has been breaking World Records and many of are as follows:
Highest fireworks on a building
Approximately 1.6 tonnes of fireworks were released from the Burj Khalifa on New Year’s Eve 2015.
Most expensive billboard
A 30-second advert featuring an XDubai jetpacking stuntman cost US$15,000 (Dhs55,000) back in 2012.
Tallest man-made structure on land
828 metres tall.
Tallest man-made structure on land ever
Still 828 metres tall.
Tallest building
828 metres tall.
Highest residential apartments
Some 385 metres above ground level
Highest lounge in the world
The Lounge, Burj Khalifa stands at a height of 585.36m
Highest base jump from a building
Daredevil base jumpers Fred Fugen and Vince Reffet leapt from the 828-metre pinnacle of the tower in April 2014.
Largest light and sound show on a single building

Dubai Shopping Festival 2019-2020: Everything You must know

The Church and Monastery of Sir Bani Yas...