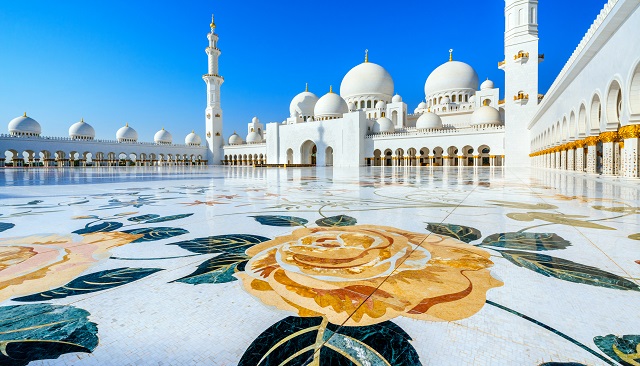 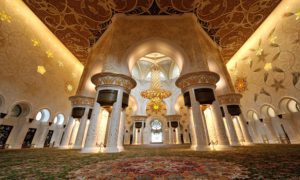 The mosque also constitutes one of the most prominent and intricate  architectural monuments in the world. The sentimental values can be seen enhancing in the unique beauty of its architecture, is an embodiment of such sentimental value. The Mosque represents a spiritual space, enriching throughout the ages by the inheritance of Islam. It truly reflects the open spirit of renaissance which has inspires humanity with its purity. 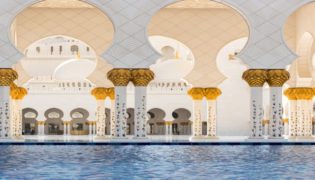 greatness in the patterns of the architecture of the Mosque. It has benefitted from examining the traditions in the monuments of other religious throughout the Arab and Muslim World. The Mosque reflects the diversity in culture, thought and civilization which it aspires. Th experience of the UAE, as envisioned by its great founding father the late Sheikh Zayed bin Sultan Al Nahyan, (may God bless his soul), is one of the finest and most successful examples of diversity. The experience suggests that tradition and modernity can coexist and provides a source of richness for the other.

The Sheikh Zayed Grand Mosque Center  highlights the heritage of the late Sheikh Zayed bin Sultan Al Nahyan. It commemorates his memory, his qualities and his contributions to humanity. 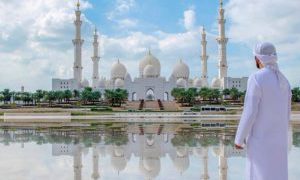 The Mosque and all its facilities are managed according to the latest modern standards. Its collections and features are safeguarded. With a state of the art library equipped with modern facilities for the development of research and knowledge. It facilitates the public understanding of Islamic civilization, arts and architecture. Cultural and social events aree organized, including lectures, exhibitions.

The design of the Sheikh Zayed Mosque has been inspired by Persian, 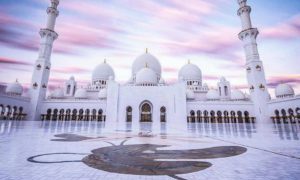