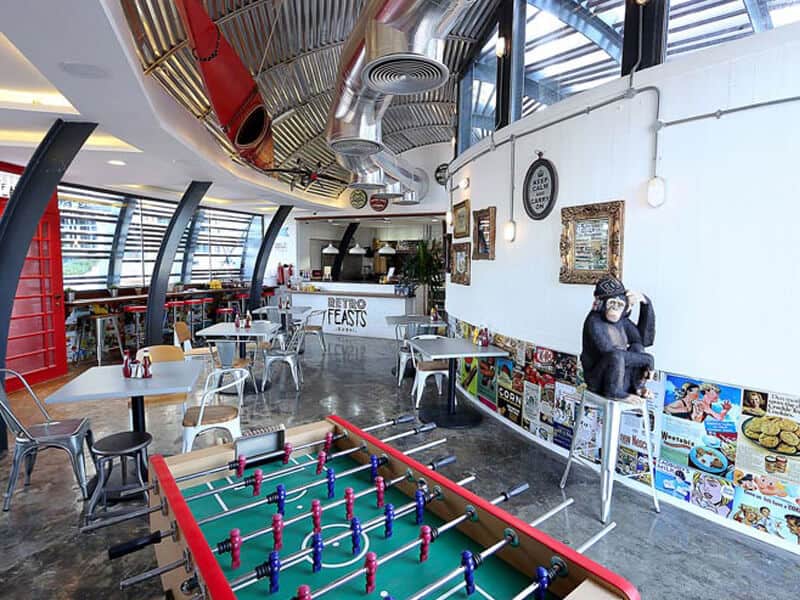 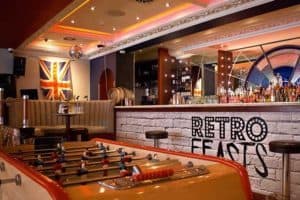 Feasts has opened in The Beach, opposite JBR in Dubai.

Chefs Luke Thomas and Mark Fuller launched Retro Feasts in London in 2013 as the result of a collaboration between the two of them. Great food and drinks, this concept is inspired by their favourite childhood food and memories, with a contemporary bend to appeal to a modern-day palate. Lots of playful elements keep the space interesting.

This is a new diner at The Beach in Dubai offers foodies a nostalgic trip down memory lane. Retro Feasts is a causal diner and aims to evoke memories from Britain in the 1970s and ’80s, it encourages memories for diners of all ages. Food is great, the menu includes classic dishes such as popcorn chicken, mac n’ cheese, fish finger sandwiches and a Retro burger. Classic British puddings on the menu include Eton mess, chocolate brownies and Knickerbocker Glory in a pot (fresh fruit, ice cream and toffee sauce). 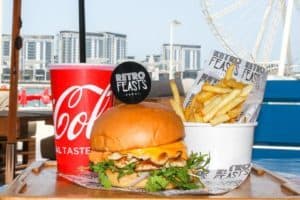 the launch of the Retro Feast diner, Thomas said: “We’ve come up with a menu full of the guilty pleasures that British people grew up with and still love to eat — even though they may not often admit to it. It’s going to be a lot of fun and very tongue-in-cheek. All of these remain great dishes people remember fondly. Most of them are not even served in restaurants anymore because they fell out of fashion or became clichés, but it’s now time to bring them back.”

Retro Feasts was first seen in London’s Mayfair district as a pop-up restaurant. This is the first permanent location for the concept. 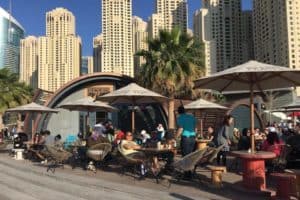 Beach offers a great day out, from fab dining options to retail stores, play areas to gyms, and thrilling watersports. Dining is available at The Beach, from dishes inspired by the Mughal Empire to soul-warming fare from North African, family-friendly Chinese eats to gourmet food dished up by the world’s renowned Michelin-starred chefs. They also serve authentic gelato, enormous burgers, all-day breakfasts, and fresh seafood sourced from the Arabian Sea.