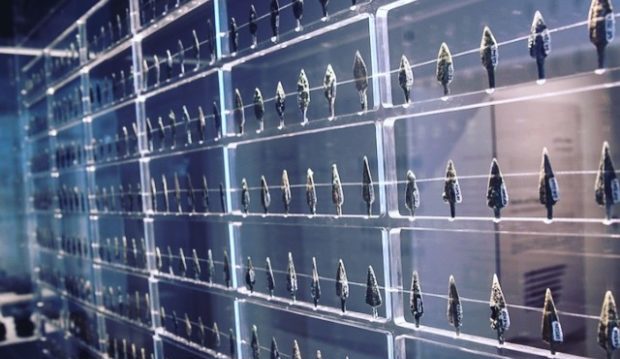 Visitors can travel back 3,000 years and discover one of the most significant sites of the Iron Age.

The United Arab Emirates is famous for the world’s tallest building, a man-made, palm tree-shaped island and a regional centre of Iron Age metal production dated 3,000 years ago. The discovery of the site – named Saruq Al-Hadid, which translates to “the way of iron” – was recorded as a turning point in the way historians and archaeologists had been dealing with the development of the Iron Age around the Arabian Peninsula. Said to have been operational for more than 5,000 years as a metalworking site, excavations are in progress, a lot has been found is now on display at Dubai’s dedicated Saruq Al-Hadid Archaeological Museum, which only opened to the public last year.

Evidence of iron production is rare in the region, making the museum’s exhibits exceptional. Excavations at the site have proved that the peninsula was close association to other epicentres of Iron Age activity, such as Egypt, India, Mesopotamia and Syria, although research is on to find those links that existed. And the display cases are featured with more than just a few pots, pans and arrowheads. Visitors will find rows of gold jewellery and metalworking tools along with weapons, stoneware and objects that remain unidentified.

Located in the heritage area of Al Shindagha, from start to finish, the museum offers spell-binding visuals projected onto walls in among neat white display cases and the opportunity to get up close to some of the region’s most incredible artefacts. Those who love History or not, everyone takes back memories. UAE’s history is a lot more than one expects.

Saruq Al Hadid is an archaeological site, the oldest that was discovered in Dubai till date, and it reveals intriguing details of a mysterious civilisation that existed 4,000 years ago in the Rub Al Khali desert. In the year 2002, the site was discovered by His Highness Sheikh Mohammed bin Rashid Al Maktoum Vice President and Prime Minister of the United Arab Emirates and Ruler of Dubai, while on a helicopter hovering over the area, as he noticed that the sand dunes were darker in colours than their surroundings.

A gold ring was discovered that inspired the new Dubai Expo 2020 logo. This newly-opened museum offers the mysterious route of archaeological discoveries and showcases thrilling treasures of ancient times. Visitors can now take a look at the relics, dramatic displays of gold, bronze and iron and an impressive haul of over 900 objects discovered from the site.