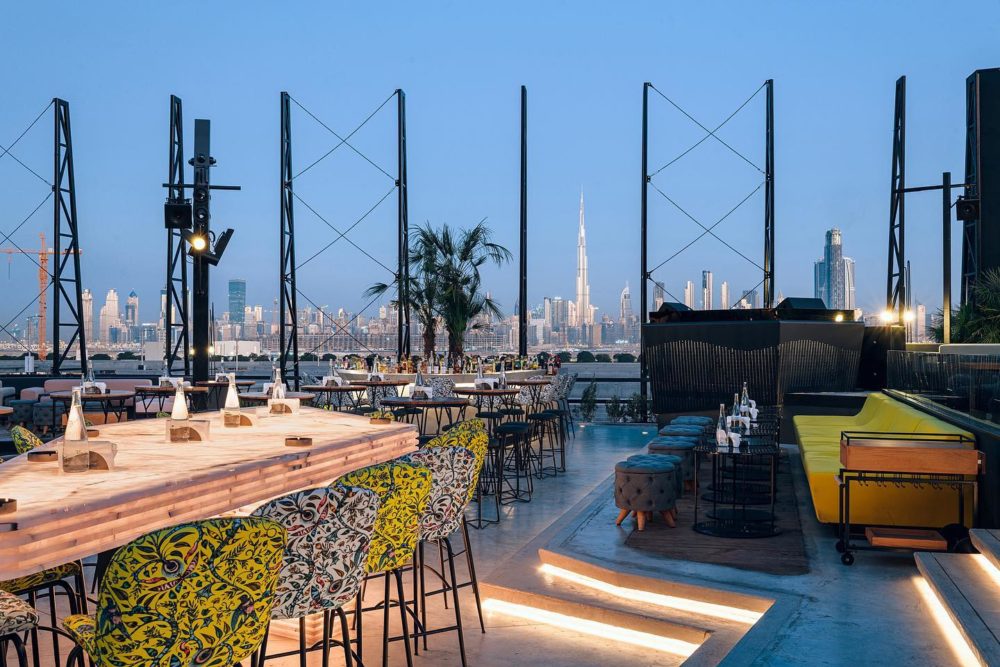 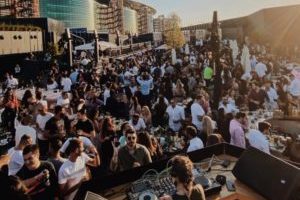 Dubai nightlife venue Iris in Meydan is now open and it’s bringing a whole bunch of deals to check out.

The cool Lebanese nightspot was formerly housed at The Oberoi Dubai in Business Bay, but shut to relocate, and this new open-air spot is very popular with partygoers in the city.

With the new al fresco bar, Iris Meydan has new deals, including a Friday brunch from 13:00 until 17:00 every week, where you’ll be served creative drinks, skyline views and live cooking stations, from Dhs250. Meanwhile on a Sunday you can get a tasting menu of signature dishes and a glass of bubbly for Dhs350 a person. 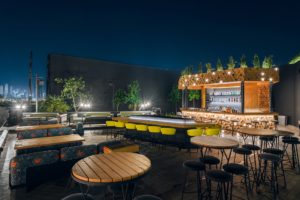 is run by the same team behind Dubai super-clubs WHITE and Drai’s, and this new venue has a similar look to the Beiruti original – but with super views across to Downtown Dubai and Burj Khalifa.

Influenced by Mediterranean, Japanese and South American cuisines the dishes include sushi, tacos, flatbreads, burgers and more. Their innovative mixed drinks menu, as fans of the bar will be familiar with, and there’s a happy hour with live beats from DJ Nua Akuna. Live bands plays every Monday and Saturday from 21:00, while Tuesdays see guest DJs take to the decks, and on Wednesday there’s live percussion and singing.

“Iris has rebranded as part of its international expansion and franchise,” 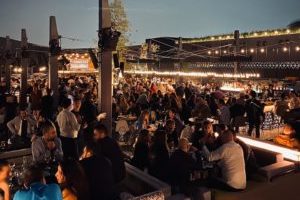 said Wassim Zouein, Iris Managing Director. “The brand has grown exponentially over the past couple of years on an international scale and is still growing, with Iris Café launching in Saudi Arabia. The new Meydan location represents incredibly exciting times for the brand.”

Iris Dubai at Meydan racecourse is the cool Lebanese nightspot at Meydan imminently. Iris is run by the same team behind Dubai super-clubs WHITE and Drai’s.