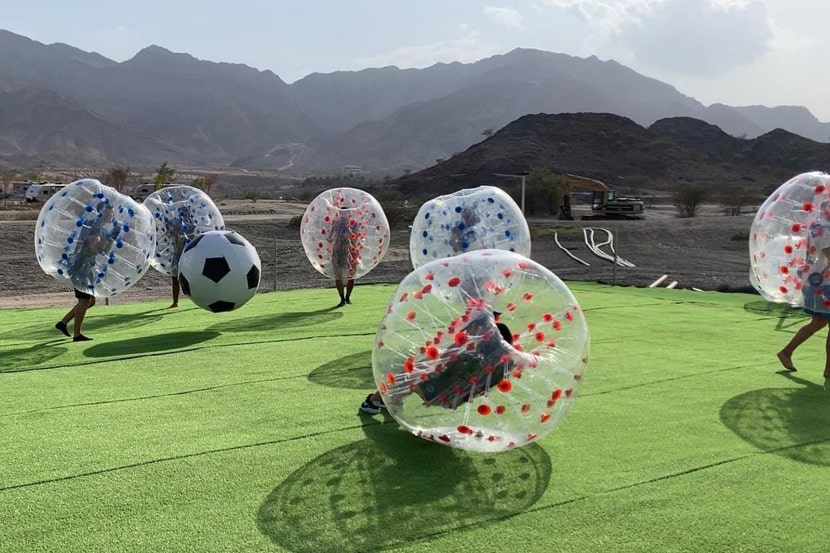 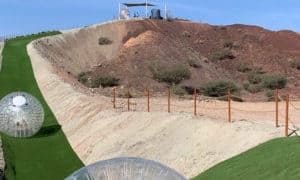 Gravity’s attraction in Hatta offers one of the cheapest zorbing rides in the world.

Enjoy a ride inside an inflatable bubble ball while rolling down a hill – at Hatta’s brand-new zorbing track. Go Gravity has recently opened a 200 metre-long outdoor course, the first ever in the Middle East, and it offers one of the most affordable rides in the world.

Those not familiar with zorbing, it is basically places thrill seekers inside a massive orb, which then rolls down a slope to build up speed and – is a lot of fun. Those who fancy a bit of sport in the bubble can take on zorbing football, where teams from two to ten people can kick a ball around, priced at Dhs35 per person. 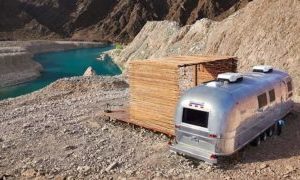 Hatta offers plenty of adventure activities, including mountain bike rides, kayaking along the dam, axe-throwing, freefall jumping off cliffs and twin zip-lining. Hatta is one of the top places in the UAE to go camping, with its swanky trailer-styled hotels and lodges featuring barbecue facilities, a communal fire pit and much more.

The new luxury trailer and lodge can accommodation on the Hajar Mountains opened earlier this week (Tuesday October 30) and it’s bringing a new level of camping to Dubai. Right from Dhs250 per night, travellers can camp along the banks of the Hatta dams in a decked out trailer, each with their own terrace with couches and chairs to lounge in. The Hatta Sedr trailers come with a kitchenette attached for home-style cooking. Guests can also use the barbecue facilities and gather round the communal fire pit on cooler nights. 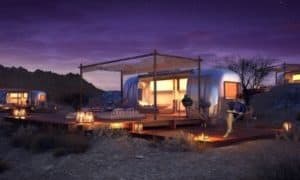 Projects in line with the vision of His Highness Sheikh Mohammed bin Rashid Al Maktoum to engage businesses, entrepreneurs, young people. New development plan are designed at enhance tourism and positioning the picturesque location as Dubai’s outdoor nature and culture destination. On 10 July 2018 Meraas announced a series of major developments in Hatta and advancing the social and economic development of the area. Developments are associated with the advice of His Highness Sheikh Mohammed bin Rashid Al Maktoum, Vice President and Prime Minister of the UAE and Ruler of Dubai. These plans include the 10-year Hatta Comprehensive Development Plan that he officially announced in 2016.  The mission is to position Hatta as a destination for eco-tourism in the region. the first phase of these projects is scheduled to open in the fourth quarter of this year.

The first addition to Hatta’s tourism landscape is enormous ‘Hatta’ letters positioned at an elevation of around 450 metres up in the Hajar Mountains, which offer the picturesque town with its striking backdrop and represent the gateway to explore the area. An adventure centre and interactive tourism information destination is creating further links between visitors, tour guides and the people of Hatta.