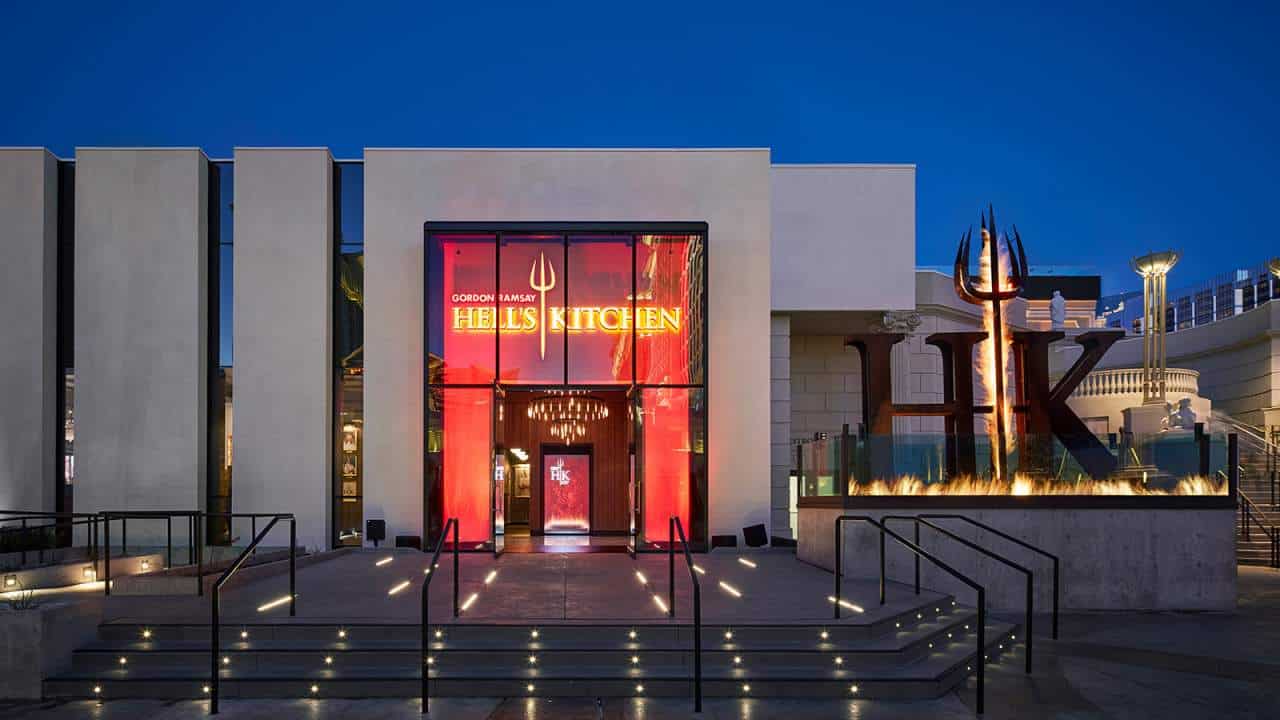 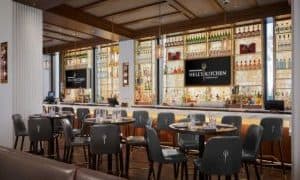 Positioned in front of Caesars Palace, the restaurant seats more than 300 guests including two chef’s tables. Their floor to ceiling windows overlook the renowned Las Vegas Strip, red and blue design details in the show kitchen, a private dining room and a contemporary bar serving the latest trends in mixology. The Red and Blue kitchens serve up modern lunch and dinner menus including Hell’s Kitchen signature dishes made with the highest quality ingredients.

Those who fancy an exotic meal such as an idiot sandwich, Gordon Ramsay’s Hell’s Kitchen is already in existence at the original Caesars Palace hotel in Las Vegas, the Hell’s Kitchen restaurant is designed to look and feel on the set of the famous TV show. 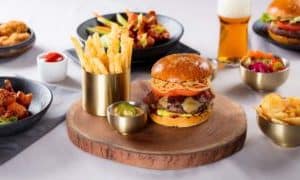 Michelin-starred chef Gordon Ramsay’s most memorable experiential preparations at the destination restaurant can be enjoyed. Diners can enjoy enticing show and world-class cooking here. Diners will get to taste dishes served in Las Vegas including the British-leaning likes of beef Wellington, Eggs in Purgatory, the Hell’s Kitchen Burger and sticky toffee pudding.

This is the second restaurant for Ramsay in Dubai city, joining Bread Street Kitchen in Dubai’s Atlantis The Palm. The restaurant will have the staff who are hand-picked from the emirate’s award-winning restaurants. The other restaurants opening at the Caesars property include Bacchanal Buffet, which was named best buffet restaurant in Las Vegas twice by USA today. The hotel will also have The Piazza, serving cakes and snakes, poolbar and grill The Sandbar, and Cleo’s Table, which will serve up a fusion of Mediterranean and Arabic dishes. 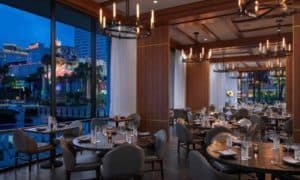 The two hotels are the first international branches of Caesars, and offer a range of “innovative entertainment experiences” as part of the grand opening of the hotel chain. Caesars Palace Bluewaters Dubai will also be home to Cove Beach, which is set to open on Friday (November 9), having relocated from its popular location at Jumeirah Beach Hotel. There will also be 194 guest rooms and Que Spa. Caesars Palace resort is set to have nearly 200 retail and dining outlets, as well as Ain Dubai, the world’s largest ferris wheel.

An opening date for Hell’s Kitchen is expected to be planned soon after the arrival of the Caesars Palace property itself on November 15.