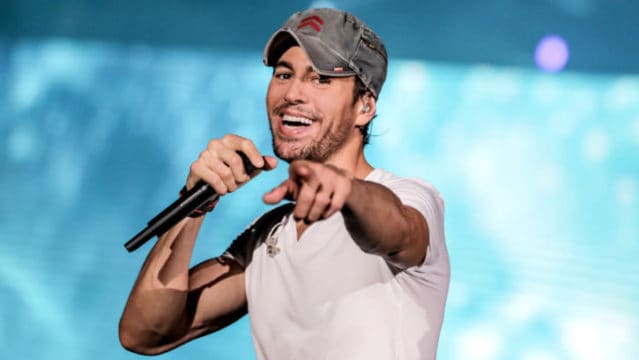 Enrique Iglesias to play in Dubai this year

International music star Enrique Iglesias will be in Dubai to set pulses racing when he performs live. He will be featuring at a purpose-built stage on the water at The Pointe, the new waterfront destination on Palm Jumeirah, on Friday, December 14.

The Bailamos crooner was last seen in the city when he closed the 2017 Emirates Airline Jazz Festival with a rousing performance at the Dubai Media City Amphitheatre. The ‘Hero’ singer will be part of an entertainment event that kicks off at 16:00, with his headlining set taking place at 21:00.

The 43-year-old father of two — Enrique Iglesias welcomed a set of twins in 2017. The superstar of music is no stranger to the UAE. His father, singer Julio Iglesias, performed at Dubai Opera earlier this year.

Tickets to see the Iglesias’ upcoming performance at The Pointe will be Dh150, which includes Dh115 that is redeemable at various dining outlets at The Pointe. Early registration for tickets is now available online.

Enrique Iglesias, the King of Latin Pop, who’s released ten studio albums over a career spanning more than 20 years, Enrique Iglesias is coming to Dubai for a one-off performance to celebrate the opening of The Pointe on the Palm Jumeirah, Nakheel’s huge waterfront destination. It’s happening soon, on Friday December 14.

Snow Patrol, Alicia Keys and Jamiroquai have all just been announced as the headliners of 2019’s edition of the annual festival, which next year will be taking place between Wednesday February 20 and Friday 22.

There will be a range of entertainment and music from 16:00 through until 21:00, when Iglesias will take the stage, and then 22:30 will see a huge fireworks show, before an after-party at various bars and clubs around The Pointe from 23:00 until 03:00.