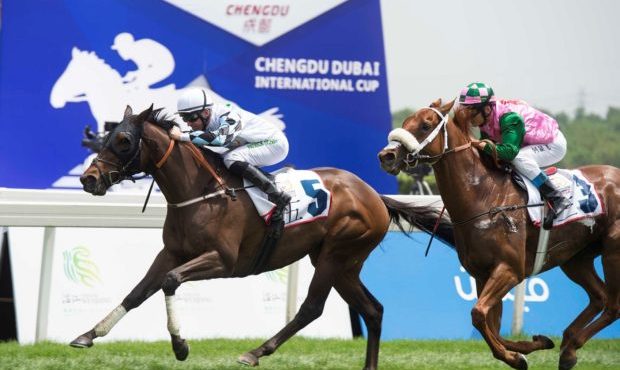 They manage the implementation of the UAE Rules of Racing, the registration of racing horses and the licensing of all trainers, jockeys, officials and also stable personnel. The reputed authority handles all entries and declarations for all race meetings in the UAE and administers the internationally approved Emirates Thoroughbred Stud Book.

According to the latest news racing at Meydan domestic season prize money increased, Meydan Racecourse’s 2018-19 domestic Racing at Meydan season has received a 9% increase in purses. The Dubai World Cup card and Dubai World Cup Carnival meeting announced the boost, creating an all-around exciting and progressive upcoming Dubai racing season. The 15th Dubai World Cup Carnival will be one of historic proportions in 2019, with record purses during the course of its 10 meetings at Meydan Racecourse in Dubai, United Arab Emirates. Prize money is going to be boosted 12%, totalling US $12,670,000, and the Dubai World Carnival will take place on Thursdays from January 3 through February 28 for its first nine meetings. Its 10th and final will be Super Saturday, March 9. On March 30, 2019, the Dubai World Cup meeting is set to enhance its status as the world’s richest day of horseracing. Total purses for the card is going to feature six Group 1 and three Group 2 fixtures, will increase from US $30 million to $35 million. The Group 1 Dubai World Cup sponsored by Emirates Airline, receives a $2 million boost to $12 million and boasts a $7.2 million purse to the winner; the highest first-place prize in global thoroughbred racing.

The Emirates Racing Authority is the internationally recognised governing body for horse racing in the United Arab Emirates (UAE). The place has been established for the purpose of making, altering, amending and administrating the Rules in the UAE. It takes care of carrying on the trade or business of Racecourse management and for the purpose of education, entertainment and participation by the general public in Horse racing. The authority encourage Horse breeding and Horse ownership in the UAE and to improve the quality of racing. They organise, represent and promote Horse racing on an international basis. Also manages promotion – tourism, trade and commerce in the UAE.

The ERA administers all aspects of the sport, including the implementation and application of the UAE Rules of Racing through its Stewarding and Veterinary Departments. This also includes the licensing of all trainers, jockeys, officials and stable personnel. The ERA Registry Office manages and processes the registration of horses for racing, and all entries and declarations for all race meetings in the UAE. The ERA also administers the internationally approved Emirates Thoroughbred Stud Book. The Emirates Racing Authority is a body corporate formed by Emiri Decree.

In 2006, the ERA Board appointed a Steering Committee to manage in taking over its responsibilities, with specific reference to reviewing the rules and regulations of racing, the licensing of participants and the medication protocols for horses. The ERA is a proactive member of the Asian Racing Federation and the International Federation of Horseracing Authorities, and is contributor to other significant regulatory authorities and committees, such as: World Racehorse Rankings Committee (WRRC), International Movement of Horses Committee (IMHC), Asian Stud Book Conference, International Conference of Racing Analysts and Veterinarians (ICRAV).

BUUR, A German Café in Dubai