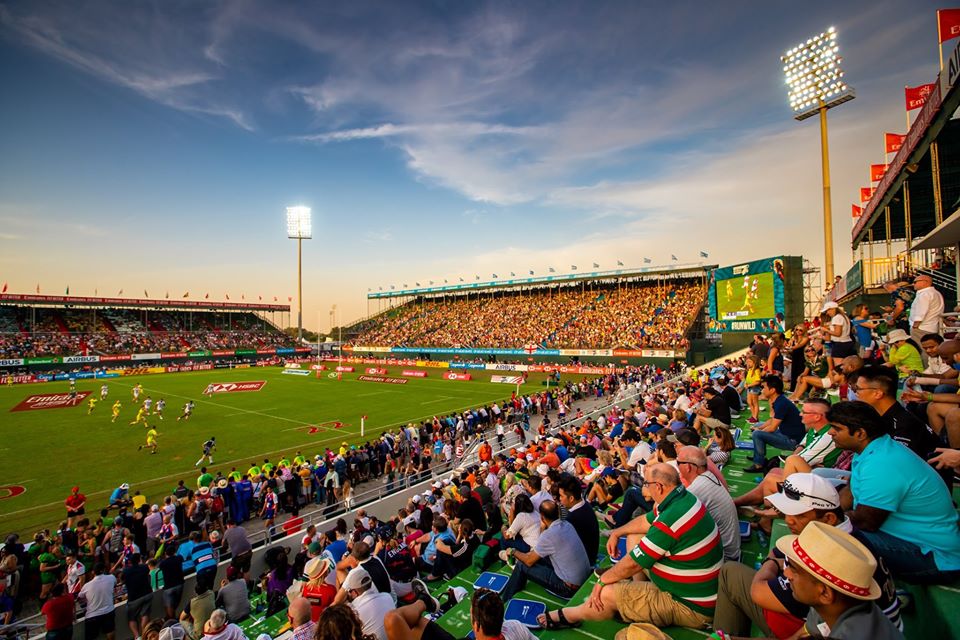 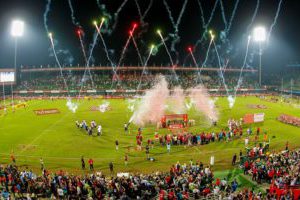 of the city’s most anticipated sports events returns to the iconic Sevens Stadium this winter. Emirates Airline Dubai Rugby Sevens will witness top rugby teams from around the world such as New Zealand, Kenya and South Africa, go against each other in three days of nail-biting competition. With both men’s and women’s tournaments, the Rugby Sevens is a starred weekend on Dubai’s sporting calendar that pairs competitive matches with live entertainment and more.

Along with the thrilling action on the field, there will be plenty of activities for all ages including family friendly games, dedicated spaces for children and a sprawling food village. 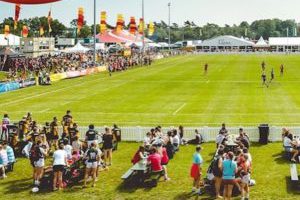 event started many years ago with a small group of British expats at Dubai Exiles RFC, the Emirates Airline Dubai Rugby Sevens has now grown into one of the world’s premier Sevens events.

Back in 1970, only a few players and a handful of fans were seen along the touchline. The Staffordshire Regiment were the first ever Dubai Rugby Sevens champions. Throughout the 70s era, new innovations made the tournament bigger and better every year.

In 1987, the association with Emirates Airline began and by 1996 Dubai hosted a qualifying round of the World Cup Sevens.  In 1999, Dubai hosted a leg of the International Rugby Board’s Sevens 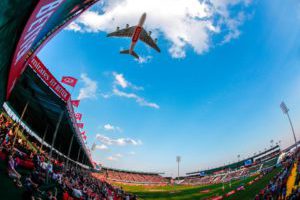 World Series, now the HSBC World Rugby Sevens Series and since then the tournament. By 2006, with a 32,000 capacity at the Al Awir venue, the Dubai Rugby Sevens had officially tripled in size since 2001. In 2008 the event moved to the Emirates’ purpose-built venue, The Sevens Stadium and it just kept on growing and growing and now sees over 100,000 fans walk through the gates during the event!

The Emirates Airline Dubai Rugby Sevens is the longest running sports event in the Middle East. The event draws in record-breaking crowds, broadcasting the event has become huge. The Dubai Sevens is broadcast to bigger global audiences every year, proof of just how popular sevens rugby has become. 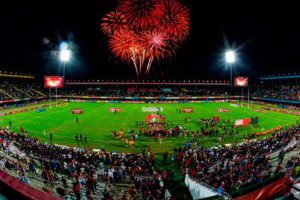 Dubai records over 1,100 broadcast hours for both the HSBC World Rugby Sevens Series and the HSBC World Rugby Women Sevens Series. Lots of changes and improvements are made every year both on and off the pitch – including entertainment, a fun and entertaining family experience, and a Rugby Village that just keeps growing and becoming better – means the Emirates Airline Dubai Rugby Sevens looks set to stay one of the Middle East’s top sporting and social events.

Famed Beirut club B018 set to open in Dubai next year