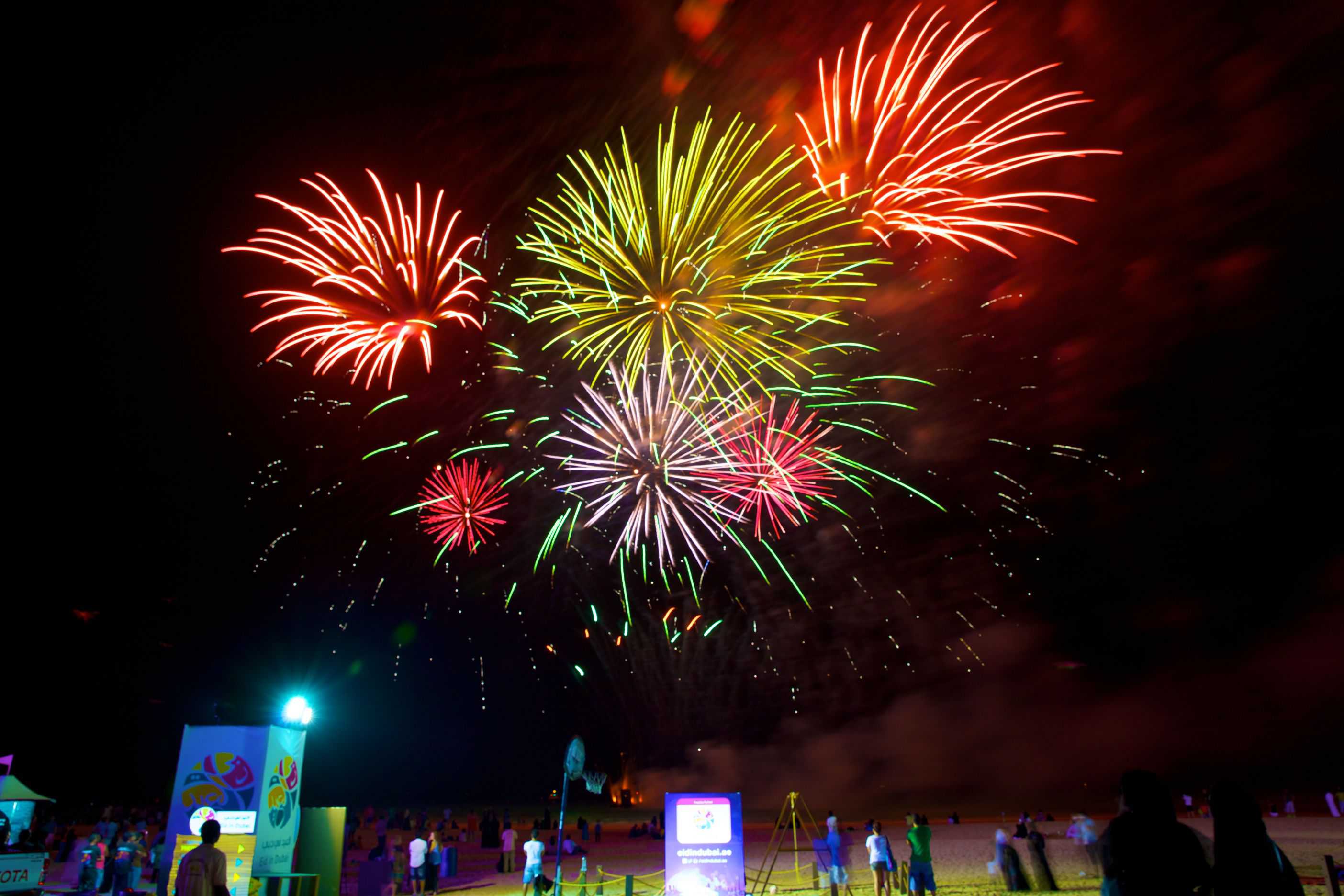 One of the biggest dates in the Islamic calendar, Eid Al Adha is one of the holiest celebrations. The name translates as ‘festival of the sacrifice,’ and it is known as the end of the Hajj, the annual pilgrimage to Mecca. People celebrate Eid Al Adha by getting together with friends and family, as well as giving money and food to those less fortunate. Each year, Dubai comes to life during the four-day festival, with fireworks, concerts, and more happening all over the city.

Eid Al Adha is the second celebration in the year and translates as the ‘festival of sacrifice’. Traditionally during this time, animals like sheep and goats are slaughtered. Approximately 70 days after the end of Ramadan, and marks the end of the Hajj, the annual pilgrimage to Mecca (another pillar of Islam). One third of the meat is kept for the family, another third is given to friends and relatives, and the last third is given to the less fortunate. Eid Al Adha is a national public holidays that typically last three days (often longer for some sectors), so expect government departments, shops and businesses to be closed.

But as with many important dates in the Islamic calendar, the precise day that Eid Al Adha is due to fall is determined by whether or not the moon is sighted. Gulf News reports that according the astrological calculations of an astronomer from the Sharjah Planetarium, Arafat Day (the day before Eid) is likely to fall on Tuesday, August 21. Which means that the first day of Eid Al Adha should be Wednesday, August 22 which could result in a five-day weekend. The holidays: Arafat Day marks the second day of the annual pilgrimage or haj. At dawn on Arafat Day Muslim pilgrims people make their way from Mecca to the hill called Mount Arafat. This is where Prophet Muhammad, peace be upon him, gave his farewell sermon in the last year of his life. Eid Al Adha honours Ibrahim’s willingness to sacrifice his son Ismail (which is why goats are symbolically sacrificed over this period). It is separate from Eid al-Fitr, which marks the end of Ramadan. During the holiday period families get together and exchange gifts of sweets and perfume, and women often apply mehndi/henna designs to their hands.

The exact dates are subject to the moon sighting closer to the holiday.

DSF Market Outside the Box (MOTB)