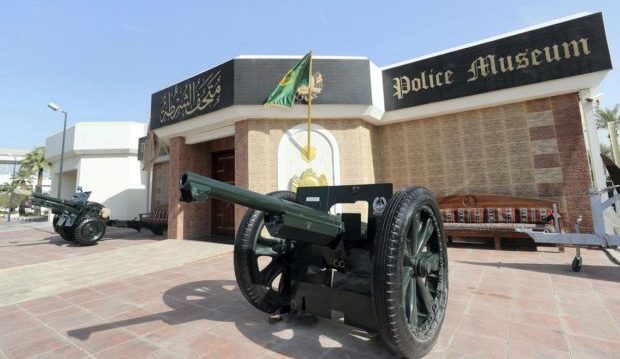 Police Force, it’s a must to visit the Dubai Police Museum. Established on November 19, 1987, Dubai’s Police Museum showcases the development and progress of the city’s Police Force. The museum has many features, old photographs, exhibits, weapons and equipment. A few of the weapons on display date back to 1956 when Dubai’s Police Force was originally formed. Items handmade by prisoners are also showcased.

Dubai Police Museum is located within the police headquarters in, it is a treat for history and crime enthusiasts. Right from the early telecommunication devices used to some of the unusual drug busts of the 1980s, the museum is about the story of Dubai Police from the early days to its place as the world-renowned force it is today. The museum has spent 30 years charting the history and scientific investigative methods of the Dubai Police, themselves established in 1956.

They have documents, awareness brochures, department and unit briefs, old military uniforms, photographs and logos stretching back to the force’s early days, the establishment of a female unit is also featured here.

Police force has become increasingly dominated by technology, drones and high-tech gadgets, Lieutenant Mansoor Al Mansoori, head of the museum, told The National: “Dubai Police Museum has seven kinds of exhibits, including those about military and technical equipment, investigation and criminal evidence, as well as social participations.”

Visitors are greeted by portraits of Dubai’s leaders and senior officials, top police officers, and a portrait of Sheikh Mohammed bin Rashed Al Maktoum, Vice President and Prime Minister of the UAE and Ruler of Dubai, from when he was the head of the Dubai Police Force and the Dubai Defence Force in 1968. They have sections including one showcasing memorabilia from the Dubai Police’s golden jubilee celebrations in 2006, which marked 50 years since its establishment.

The museum boasts three halls, along with a large and ungainly computer first imported by Dubai Police, which at the time was the latest technology.

08:00 to 14:00 on weekdays
Admission: Visitors must complete an online form from the Dubai Police