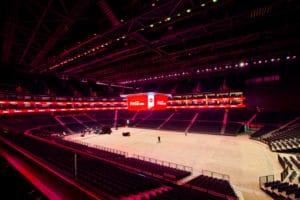 Coca-Cola Arena, Dubai is the very first and largest air-conditioned, multipurpose indoor Arena in the Middle East. It is the only Arena that operates year-round in the region.

The Coca-Cola Arena is conveniently located off Sheikh Zayed Road within the trendy urban lifestyle destination, City Walk and has a plethora of hospitality, food and beverage, entertainment and shopping options with the Arena for the community.

With a massive capacity of 17,000, the Coca-Cola Arena has the capability to organize foremost international touring artists. It has a fully occupied range of sporting events, family entertainment, comedy shows, exhibitions and gala dinners because of its adaptable design. It has a rolling modular stage with automated drapes and a retractable seating system that offers more intimate spaces for smaller-scale events. 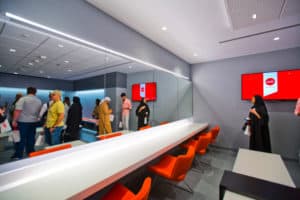 Coca-Cola Arena is well equipped with an exceptional state-of-the-art sound system and almost 400 square metres of modular and ribbon LED screens. The roof structure of the arena can support 190 metric tonnes of production equipment meaning the biggest and best shows in the world can be accommodated. The façade of the Coca-Cola Arena is equipped with an LED strip light system that illuminates the surrounding City Walk neighbourhood at night and can change colour depending on the action inside. The Arena also has 42 corporate suites which offers a great space for corporate entertaining in the region.

Situated within the urban lifestyle destination of City Walk, the Coca-Cola Arena is owned by Meraas and proudly operated by AEG Ogden, part of the Anschutz Entertainment Group (AEG), one of the world’s largest entertainment groups. Managing more than 120 of the world’s premier venues and playing host to the world’s greatest performers, AEG’s absolute priority is to exceed the fans’ expectations. 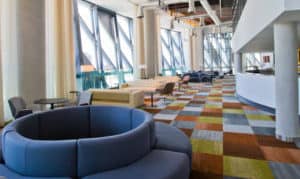 vision for the Coca-Cola Arena is to provide a state-of-the-art multipurpose indoor Arena with impeccable management to establish it-as the region’s premier entertainment and sports venue for UAE-residents and tourists. To achieve this and to drive inbound tourism, the focus must be on securing premier events, delivering world-class branding and marketing, the very best practice’s, customer service and operating efficiencies.

Coca-Cola Arena stand out is its size, capacity, it is the only air-conditioned indoor Arena of its kind between Istanbul and Singapore which is set to bring the best international music concerts, sporting events and family shows to the region all year-round.

The Lost Chambers Aquarium, Explore the Magic in...