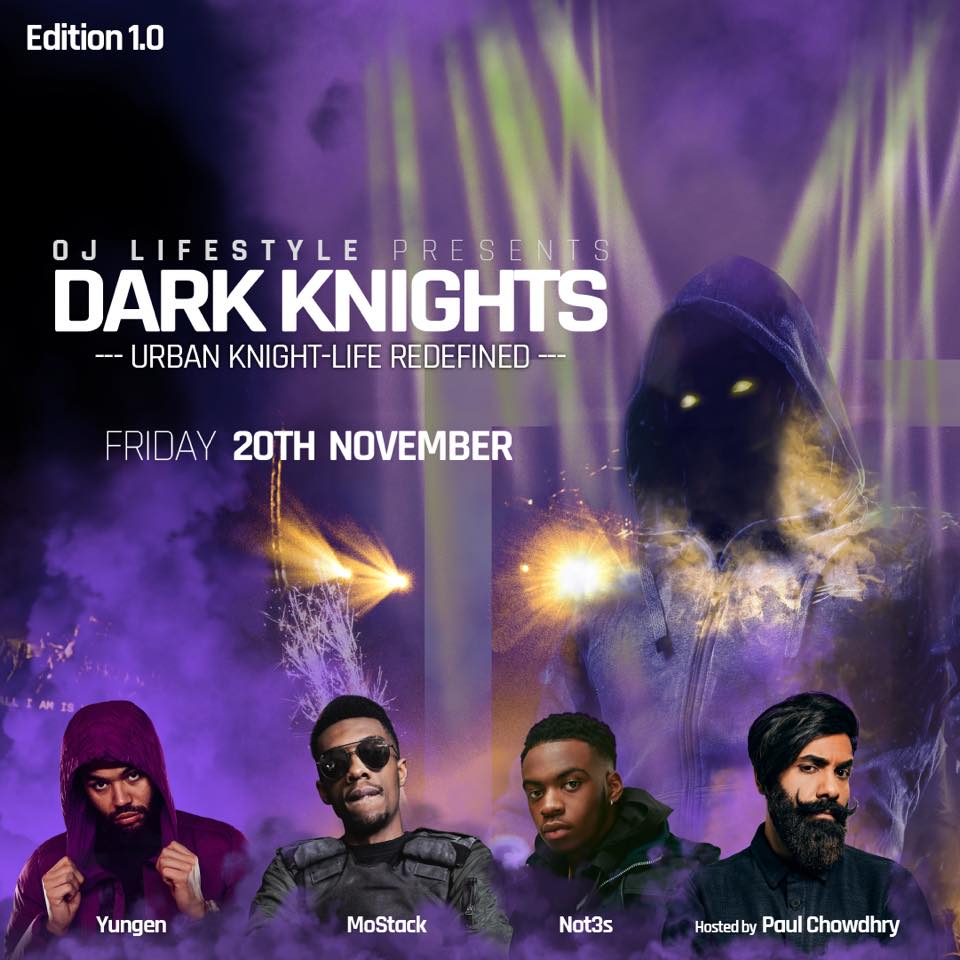 Coca-Cola Arena Dubai is finally back in action. The space will be hosting its first event since February later on this month.

OJ Lifestyle Presents Dark Knights Edition 1.0 will be taking place on Friday November 20 at Coca-Cola Arena Dubai in City Walk. we have a full line-up of live music. Get ready for RNB, hip-hop and raggaeton with artists such as MoStack, Not3s and Yungen all confirmed to perform on the night. The evening will be hosted by British comedian, Paul Chowdhry.

British rapper MoStack is known for his mixtape High Street Kid, debut studio album Stacko and work on No Words by Dave and Fashion Week by Steel Banglez. He will be joined by British singer-songwriter Not3s (pronounced notes) known for his songs including My Lover and Addison Lee. Also joining the line-up is Yungen a British NME- and MOBO-nominated grime act. All three have worked together before on Steel Banglez’ Bad.

This is set to be the first in a series of events. Tickets start at Dhs249 and are on sale now. The venue will be operating under strict social distancing and hygiene measures and you can only buy two tickets online. Face masks are mandatory and there will be temperature checks on entry.

The Coca-Cola Arena is conveniently located off Sheikh Zayed Road within the trendy urban lifestyle destination, City Walk and has a plethora of hospitality, food and beverage, entertainment and shopping options with the Arena for the community.

With a massive capacity of 17,000, the Coca-Cola Arena has the capability to organize foremost international touring artists. It has a fully occupied range of sporting events, family entertainment, comedy shows, exhibitions and gala dinners because of its adaptable design. It has a rolling modular stage with automated drapes and a retractable seating system that offers more intimate spaces for smaller-scale events.

Situated within the urban lifestyle destination of City Walk, the Coca-Cola Arena is owned by Meraas and proudly operated by AEG Ogden, part of the Anschutz Entertainment Group (AEG), one of the world’s largest entertainment groups. Managing more than 120 of the world’s premier venues and playing host to the world’s greatest performers, AEG’s absolute priority is to exceed the fans’ expectations.

Coca-Cola Arena stand out is its size, capacity, it is the only air-conditioned indoor Arena of its kind between Istanbul and Singapore which is set to bring the best international music concerts, sporting events and family shows to the region all year-round.

Louis Tomlinson, of One Direction fame, is all set to play at Coca-Cola Arena in June 2021.