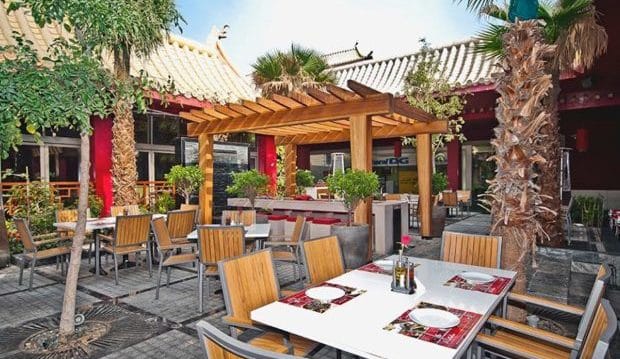 Anatolia Turkish Grill is a semi-fine dining concept, that opened its first branch in Granada Mall, Riyadh in March 2010 with a purpose of presenting authentic Turkish taste and by cautious selection of menu items. Popularity of Anatolia Turkish Grill grew rapidly since its first day of opening. Tahlia Street branch followed as the second chain in Riyadh to offer the genuine Turkish food culture. Anatolia Turkish Grill opened its first branch in Dubai at China Gardens in Ibn Battuta Mall in 2011. They focused on providing best level of service, the best quality of food and the best offerings in Turkish cuisine. Their second branch was opened in Mirdif City Center January 2013, with the third branch ‘Anatolia Simple’ at Yassat Gloria Hotel Apartments opening

its doors in April 2015. Currently, there are five Anatolia Turkish Grill restaurants; two are located in Riyadh and the other three located in Dubai reaching to a much diverse group of customers in the region. With growing success, the brand “Anatolia Turkish Grill” revisited its original plan to make it a more proactive expansion plan to open new branches in Saudi Arabia and in Middle East in the near future.

Anatolia Turkish Grill represents a turning point in the casual dining field and in the history of Turkish Restaurants in the Region with its authentic Turkish Taste and careful selection of menu items from Real Turkish appetizers to mouth watering oven pies, soups and salads, main courses and a great section of sandwiches. Food has become more a culture in Turkey than a necessity of life. The Anatolian Region has a strategic geographic location, a moderate climate spectrum and fertile soil that produced a diverse basket of goods which enriched the food and nutrition culture of this nation and contributed to it’s philosophy of food preparation and dining habits. With the wide spread of natural meadows and the availability of water resources in various mand generous forms, Anatolia made the perfect environment for herding industry making red meat a vital element in the

Turkish nutrition system artistically used by the Anatolians as a source of joy and indulgence more than a basic nutrition element. “Turkish Food Culture” is rich, genuine presentation, and authentic flavor but in a contemporary ambience with a world class service, reflecting what has been achieved by top restaurants and eateries in Turkey.

Anatolia – Turkish Grill is a joyful trip in Turkish cuisine where people take the chance to relish the best offerings of this cuisine, inspired by hundreds of years of experience in the “Art of Cooking”.