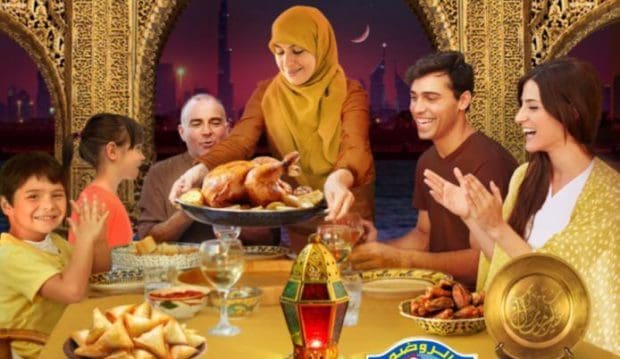 Poultry Co., famous as Al Rawdah, was recognized in 1994 as a subsidiary of Emirates Rawabi Group. Al Rawdah poultry farm is situated 40 kilometers from Dubai along the Al Ain Road.

This substantial farm covers 538 hectares with a processing capacity of over 45,000 birds daily. The company uses only the more advanced and modern production amenities, in line with International Standards. Al Rawdah takes pride in its assortment of products that are made from fresh chicken and processed meat products in the UAE holding a 35% market share.

the process of poultry farming and also about the nutritional value of eating local produce and using fresh ingredients. The Al Rawdah Hatching Program provides a fun-filled and enjoyable educational experience to students and encourages them to have a positive relationship with other living beings. The program also showcases scientific learning through observing the growth of an embryo to a live chick. The team sensitively addresses that chicken are part of the food group. They share about how it came to being as an essential factor in living a healthy lifestyle.

ISO and HACCP, Al Rawdah frozen products are also sought after for export to countries like Kuwait, Lebanon and Qatar. Al Rawdah has an efficient and robust distribution network and supplies directly to all leading hypermarkets, supermarkets, grocery stores and retail outlets. Al Rawdah is also an ideal poultry and processed meat supplier to hotels and restaurants as well as VIP caterings in the UAE.

They have a professional distribution network that is one of Al Rawdah’s major strengths alongside high international operating standards to ensure the freshness and food safety of Al Rawdah products. This is the largest poultry farm in the UAE. They guarantee 100% Halal with 45,000 chickens a day hand slaughtered, approximately 8,000 birds per hour. Al Rawdah Chickens are given

100% natural feed. Al Rawdah promotes Animal Welfare, free access to food and water for their chickens and rest time is given. Al Rawdah chickens have not been treated with anti-biotic or growth hormones at any stage. Following the norms of zero waste, Al Rawdah farm waste is recycled, as an example, the waste water is treated and used as irrigation for the plants in the farm. Guaranteed freshness, their chickens are only 8 hours from slaughtering to supermarket. Al Rawdah is ISO 2200, ISO 14001 and HACCP certified company.

Dubai all set to welcome international tourists from...