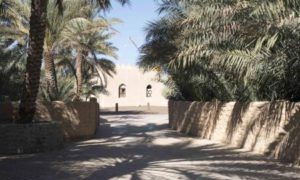 or “Al Ain Palace”, is one of the best-reinstated forts in the Abu Dhabi emirate. The famous historical museum showcases the everyday life in a ruler’s fort when the late Sheikh Zayed and his family resided in the palace prior to 1966.

The Bedouin style architecture is dated back to 1937 and was converted into a museum in 1998 as a main cultural and tourist attraction. The mega museum opened its doors to visitors in 2001, and continues to celebrate the rich history of the country and preserves its links to the present and the future. 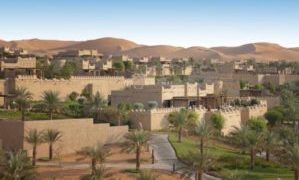 are organised at Al Ain Palace Museum. Showcasing the contrast of modern design elements with traditional Emirati influences can be noticed throughout the historical property. The structure of the museum is a conglomeration of courtyards that combines the official and private use of the facilities in one complex. Each of these areas was built and restored using locally sourced and environmentally friendly building materials including clay, adobe and plaster stones, as well as palm tree elements for roofing rooms, ceilings, doors, and windows. One is the most visited section of the museum is the section that was devoted to teaching the residents of the palace the Holy Quran and Hadith that comprises of the teaching and sayings of the Prophet Muhammad (Peace Be Upon Him) inscribed on the ceiling. 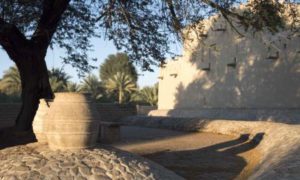 construction of Al Ain Palace began back in 1937, after which extensions were made by the late Sheikh Zayed bin Sultan Al Nahyan, who used the palace as a residence until 1966 when he was the Ruler’s Representative in the Eastern Region. As wished by the late Sheikh Zayed to preserve and value the past while maintaining its links to the present and the future, Al Ain Palace was converted into a museum in 1998 as a main cultural and tourist attraction, the Museum was inaugurated in 2001. To see a bit about the life in Al Ain Palace, the rooms were restored according to their original use and a replica of the guest tent was erected in the courtyard. Foreign guests visited a separate meeting room (majlis) with western style furniture, whilst other meeting rooms designed in the local style were reserved for visitors from the region. 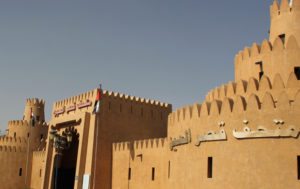 Zayed’s love for the Bedouin lifestyle was reflected even within the palace walls by a large tent erected in the main court, here he received special guests who could enjoy the comfort of the open tent, with meals, coffee and poetry recitations under the open starlit sky, as was the custom for Bedouin hospitality. The design of the buildings is with with perforated stones and wooden screens at the entrances to channel cooler drafts into the rooms. The simple square houses and verandas are arranged around secluded gardens with palm trees giving shade and freshness to the premises, some of the museum’s current features were added during the restoration phase, such as the towers on each side of the main entrance, which reflects the architecture of the desert forts.