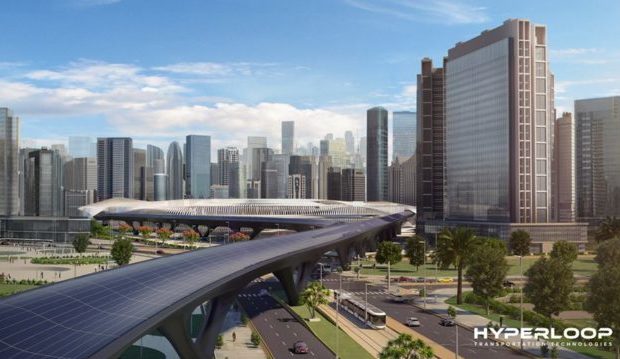 Abu Dhabi to Dubai hyperloop to open in 2020

world’s first commercial hyperloop is set to open in Abu Dhabi in 2020, the news was shared by Bibop Gresta, the Chairman of Hyperloop Transportation Technologies.

Not a far-fetched dream anymore, it is going to become a reality. Keeping his promise, Bibop Gresta, chairman of Hyperloop Transportation Technologies (HTT), said the hi-tech transport link would cost between Dh73 million and Dh146 million for every kilometre of the 150km route.

Bibop Gresta is the man who is known for tasked with driving forward the pioneering transport scheme, which will cut travel times between the capital and Dubai from more than an hour to just a few minutes. He insisted that the massive investment made in the ambitious project would be recouped within “eight to 15 years”. As reported via an interview with state news agency Wam, Mr Gresta announced that the Hyperloop capsule has now left the assembly line in Spain and is headed to Toulouse, France, for testing. The first phase of the project involves construction of a 10km section of the route between Abu Dhabi and Dubai and is set to be ready in 2020.

“It was a far-fetched dream, but we are all excited now that it’s a dream coming true in the UAE in 2020,” Mr Gresta said.

the Abu Dhabi Hyperloop system is right now past the feasibility study. We have already completed the study after we partnered with Aldar Properties last year. It will be the first commercial Hyperloop line in the world.”

In April of last year, HyperloopTT had signed a Memorandum of Understanding with Abu Dhabi’s Aldar Properties, which, will allow for the creation of a new Hyperloop TT centre including a full scale commercial Hyperloop system, a demonstration and visitor centre, and an innovation hub.

“The capsule has already left the assembly facility in Spain, and is on its way to Toulouse, France, where we have a prototype track. As soon as it arrives in Toulouse, it will be put in a tube and then they will test the system with the first passenger,” said Mr Gresta.

“The capsule will be assembled and optimised in Toulouse, prior to use in the Emirates with the goal of eventually connecting Abu Dhabi to Al Ain and Dubai at unprecedented speeds, safely, efficiently, and sustainably,” he added.
The exceptional technology uses electro-magnetic levitation engineering to transport pods at 1,123 kmph.

It is expected to reduce travel times between the emirates to a matter of minutes.

The Hyperloop capsule is capable of travelling at 1,230kph, drastically cutting travel times between Abu Dhabi and Dubai.

“In regions where road and railway infrastructure is scarce, Hyperloop can be a leap over 20th century technology directly into the 21st century. In regions with developed infrastructure, Hyperloop can easily integrate and complement current and future road and rail networks,” the chairman of the California-based company stressed. Mr Gresta said necessary safety measures will be put in place, adding that the system was earmarked as “feasible” and “insurable’ by a leading global insurer.